St Elizabeth's seeks to be a joyful, invitational community. We have a special focus on evangelisation, discipleship formation, and a desire to show Christ's love to those in need in our local community, especially the isolated, young people, and those who tend to be forgotten.

To achieve our purpose, we place particular emphasis on leadership: we have Parish Leadership Team who work with the parish priest, and many of our ministries have their own leadership teams who take on a real responsibility for that ministry.
‍

Our Core Values
Our mission
Our history

We give special attention to five specific areas of parish life each of which has a set of core values:
‍
Evangelisation
In seeking to lead people to Christ we emphasise invitation, welcome, and hospitality.
‍
Discipleship
As we build up our Christian community we place importance on continuing formation in the faith.

Community
We try to avoid anonymity by valuing connection and fellowship.

Service
We recognise that, called to follow Christ who came 'not to be served but to serve', being willing to help out is integral to Christian life and so we value volunteering, ministry, and service. We encourage all our members to be involved because we know that everyone has a role to play in building up Christ's kingdom on earth.

Worship
Together we seek to offer dignified and inspiring worship in our prayer and liturgical celebrations.

St Elizabeth's exists to raise up intentional disciples who joyfully live out the mission of Jesus Christ.
We try to be a joyful, invitational community with a special focus on evangelisation, discipleship formation, and our desire to show Christ's love to those in need in our local community, especially the isolated, young people, and those who tend to be forgotten.
We are also conscious of the importance of sharing what we have discovered with other parishes. 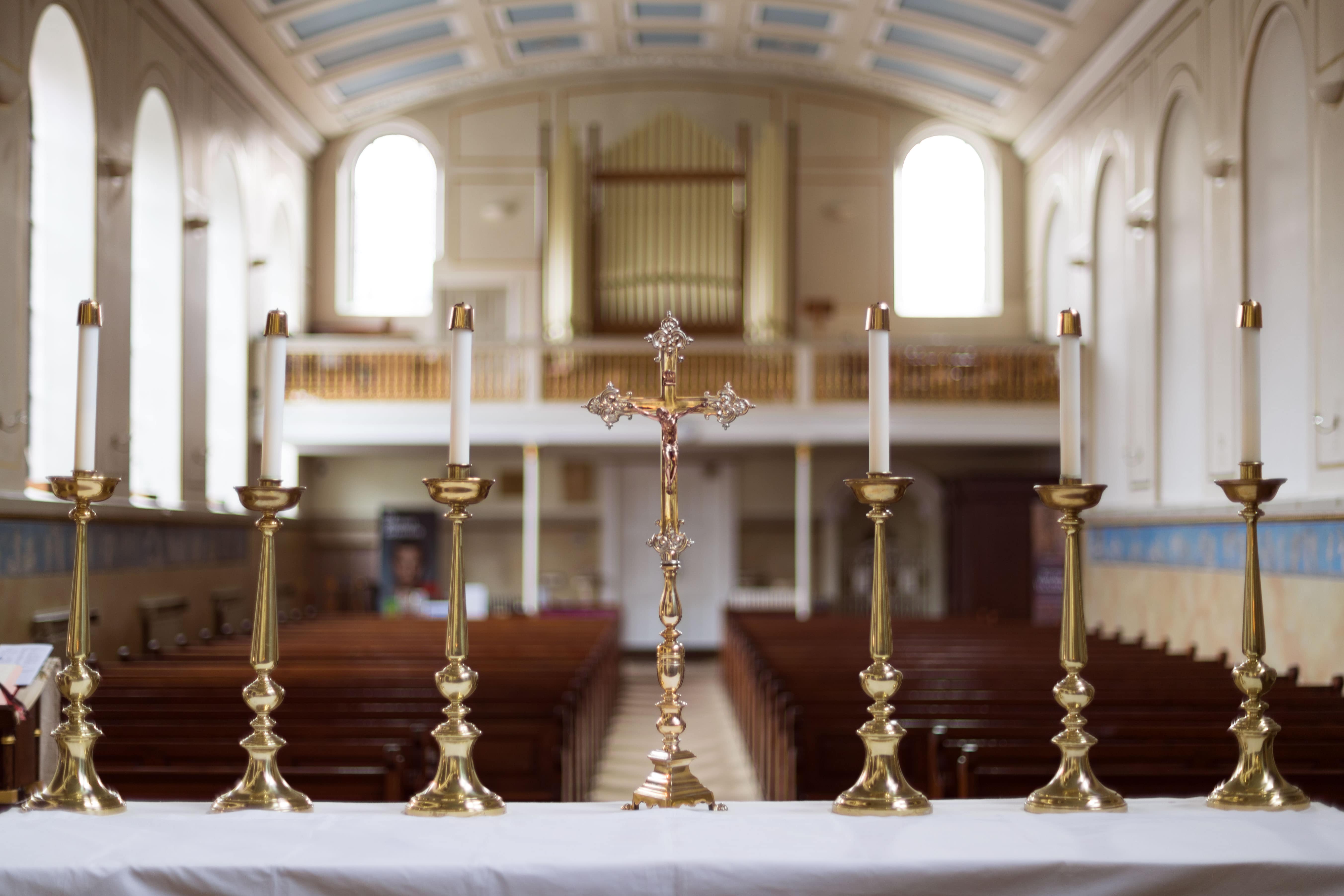 Opened in 1824, St Elizabeth’s is the oldest post-Reformation Catholic Church in the Archdiocese of Southwark. It predates the restoration of the Catholic Hierarchy by over a quarter of a century. The mission at Richmond was established in 1791, when Robert Wheble, a tallow chandler, provided space in his house on the Vineyard to hold Mass. In the 1820s, Wheble sold his property and moved to Winchester. Miss Elizabeth Doughty, who had a summer residence in Richmond, bought in 1821 a plot of land next to Clarence House and in 1822-24 built a chapel there dedicated to St Elizabeth of Portugal. By 1901 the chapel had become too small and a proposal for a new church was the preferred option with the congregation. However, Bishop (later Cardinal) Bourne vetoed the demolition and opted for an extension by F. A. Walters. The nave was extended by one bay at the east, with a Lady Chapel at the southeast, and he added a more richly decorated sanctuary with side chapels and southeast sacristy. At the same time a new presbytery was built beside the church. Towards the end of 2015 Fr Stephen Langridge became the new parish priest. The parish joined the Divine Renovation Network and has since become a reference point for many priests wanting to bring their parishes from maintenance to mission. 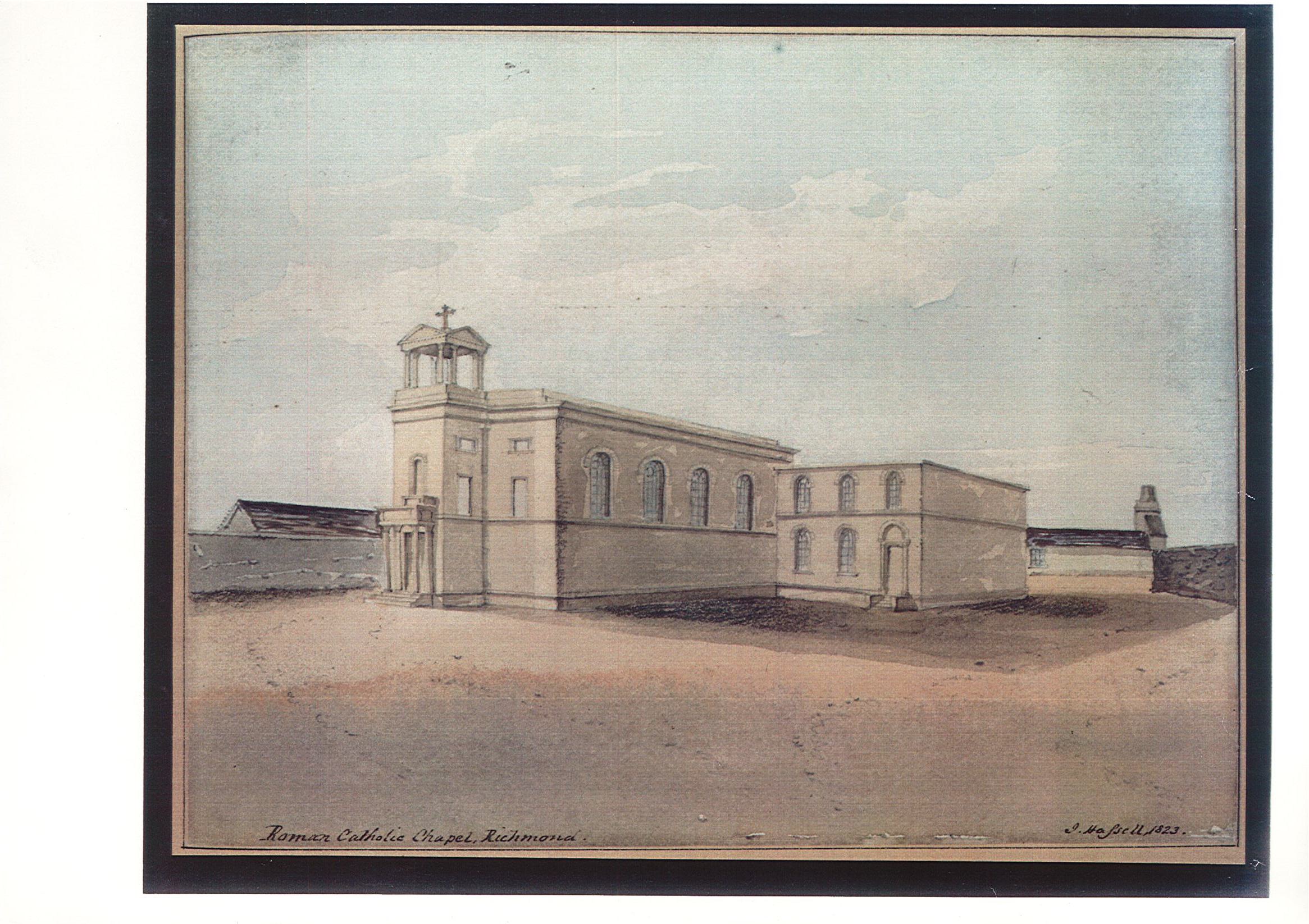